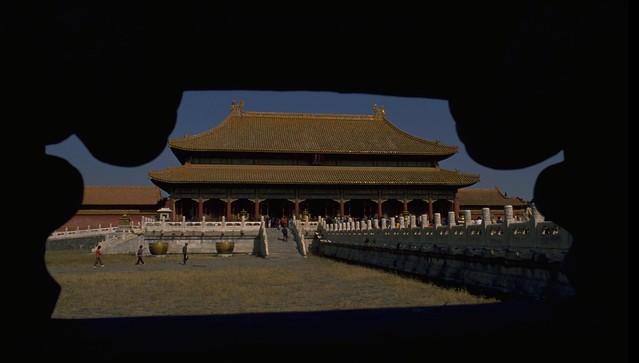 Listed by UNESCO as a World Cultural Heritage Site in 1987, the Palace Museum is located in the centre of Beijing, on the northern side of Tiananmen Square.

Probably photographed by every tourist visiting the Chinese capital, but few will get down on their hands and knees to find an angle like this; then wait for people walking through the frame to create a balance.